Deborah Tippins, who had been his colleague at Clemson University during her first year as an assistant professor, introduced me to Joe Kincheloe. Joe was somebody I took an instant liking to and we became friends. While I was at Florida State I invited Joe to make a presentation to a large group of elementary and middle school teachers from Miami, Florida. Approximately 300 participants involved in the conference warmly appreciated Joe’s critical perspective.

In 2003 I was sitting at my desk at the University of Pennsylvania when the phone rang and it was Joe, advising me that “Graduate Center is recruiting you. Sit back and enjoy the ride.”

In the fall of 2004 I joined the Urban Education program at the Graduate Center of CUNY, where Joe was Deputy-Executive Officer and professor. Joe and I became friends and we co-edited a book: “Doing Educational Research.”

After a couple of years we decided to revise the first edition, and as part of the revisions to write an editors’ introduction to each chapter in the book with the purpose of connecting each constituent chapter to a broad set of crosscutting themes. As was usually the case Joe was quick to make his written contributions for the second edition and sent them to me electronically. I was busy and carefully filed them to be used as we intended in the not too distant future.

Unfortunately, Joe died on December 19, 2008 – before I worked on my share of the editors’ introductions.

One day as I was reading through Joe’s contributions I was astonished to come across radical listening. Joe described himself as a “critical hermeneut,” one who took account of and learned from experiences to make sense of social life. Listening was a central aspect that involved giving priority to making sense of what was being said rather than criticizing what was being said and thinking up alternatives as it was being spoken. An initial move was to make sense and any questions posed would have the purpose of clarifying the meanings of the spoken text. Radical listening necessitated the silencing of inner speech and attentively focusing on what was being said and its meanings. Beyond that it was necessary to see the multiple ways in which what was being suggested was viable.

Radical listening embraces polysemia and recognizes that difference can be a resource for personal learning. Accordingly, personal frameworks are not represented as truths that are potentially threatened by alternative representations. On the contrary, all representations are regarded as potential learning resources with the potential to afford individual and collective goals. radical listening is consistent with multilogicality and bricolage – topics about which Joe wrote extensively.

Once deep understanding of an oral text has been obtained the extent to which the underlying perspective is robust can be put to the test – at which time challenges to the perspectives become an important part of radical listening.

The critical part of radical listening, or should I say the radical part, is to render visible embedded power relationships and the potential for espoused perspectives to enact violence.

Joe Kincheloe enacted radical listening in his interactions with me and other colleagues, including his students and family. As Joe listened he communicated enthusiasm for understanding what he was listening to. Positive emotions permeated Joe’s style of listening, encouraging speakers to proceed with confidence that what was being said was being heard – and valued.

Deb introduced me to Joe Kencheloe when she did a sabatical at Florida State, prior to her joining University of Georgia 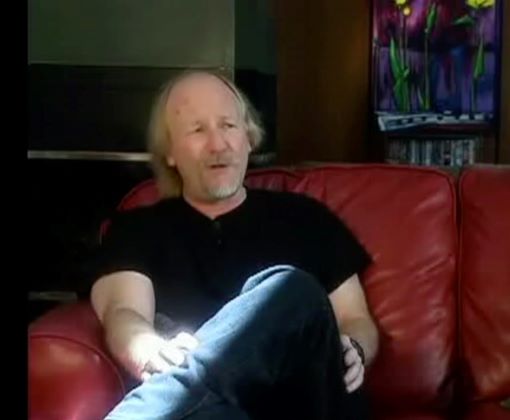