When I was hired at Florida State University in 1987, as professor of science education, my main mission was to rebuild the program in science education which had been placed on suspension. The vision I shared with Robert Lathrop, Dean of Education, was to create a new generation of Science Teacher Educators. This vision would be met by creating a new doctoral program that focused on what we regarded as the production of “triple threats.” We expected graduates from our program to be strong in a disciplinary area such as chemistry, foundations of education, and research methodologies. This mission was the focus for the decade that I spent at FSU.

In the time I was at FSU I was major professor for 17 doctoral degree graduates from FSU and 1 from Curtin University. Of these 18 graduates, 17 were primarily involved in science teacher education and 1 became an administrator at the high school level first as a department chair and then as a school principal.

Penny Gilmer, a colleague from the chemistry department at FSU, collaborated with me on a number of important projects to develop innovative approaches to science teacher education. Notably she opted to study doctoral level coursework in science education and to complete a Doctor of Science Education degree from Curtin University as a “second doctorate.” Penny was president of the National Association for Research in Science Teaching in 2005.

My research and development focused on science teacher education and the teaching of science. An important project involved Sarah Ulerick, who was a teacher researcher at the laboratory school of FSU. We expanded on the work we have undertaken at Curtin University to study “why can’t Sarah teach the way she wants to teach?” This study involves research on metaphors that we had initiated in Perth. The longitudinal study at Florida High expanded to include research with other teacher researchers and involved visiting scholars such as Steve Ritchie in collaborative ongoing research on teaching science. 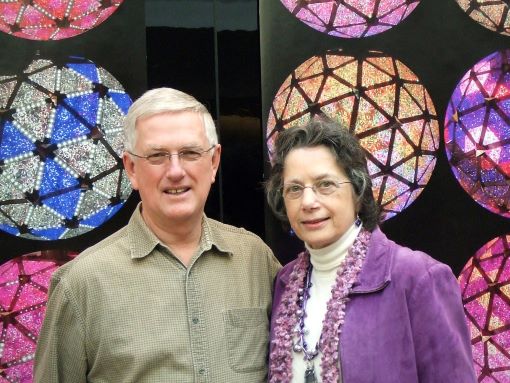 Penny Gilmer, a friend and dedicated colleague at Florida State and beyond

In 1989 I collaborated with Michael Matthews from Australia and David Gruender from the Philosophy Department at FSU to obtain funding for the first conference on the History and Philosophy of Science and Science Teaching. This project launched a number of books and special issues of journals and catalyze the formation of a new association with its own journal. The association and the Journal continued to the present time.

In 1993 I was president of the National Association for Research in Science Teaching, commencing a 3-year cycle that included running the international conference in Atlanta.

Awards during my time at FSU

(1). 1988 AERA Award for relating research to practice (Interpretive scholarship). The award was presented in New Orleans for the paper: Title: Tobin, K.G. (1987). The role of wait time in higher cognitive level learning. Review of Educational Research, 57(1), 69-95.

(2). Outstanding paper award, 1988. Awarded by the American Association for the Education of Teachers of Science, St Louis, 1988. The award was for a synthesis of research findings with implications for teaching and learning science. Title: Tobin, K., & Fraser, B.J. What can be learned from studies of exemplary practice?

(5). Outstanding Position Paper award 1991, Awarded by the South Eastern Association for the Education of Teachers of Science, Stone Mountain, GA. Title: Learning how to teach science.

(6). Outstanding paper describing an exemplary science teacher education program, 1991. Awarded by the Association for the Education of Teachers of Science. Title: Enhancing science and mathematics teaching.

(8). Outstanding position paper award, 1995. Awarded by the Southeastern Association for the Education of Teachers of Science. [With Nancy Davis]. Title: Learning to teach science equitably.

(9). John W. Shrum Award for excellence in the education of science teachers, 1995. Awarded by the Southeastern Association for the Education of Teachers of Science.

One of the more successful projects in which I was involved while I was at Florida State was situated in Miami – Dade County. With support of funding from the National Science Foundation we offered master’s degrees for elementary and middle school science and mathematics teachers who continued teaching while studying for their research degrees. The program continued for several years and involved more than 300 teachers. We developed an Internet application called Connecting Communities of Learners to provide instructional resources to the participants. We met face-to-face at regular intervals on the weekend and for intensive periods during the summer. This program that was a collaborative effort with faculty in the College of arts and sciences set the path for teachers taking master’s degrees – utilizing intensive summer programs to get their science credits and doing research in their classrooms as partial fulfillment of their studies in science and/or mathematics education. This approach to graduate science teacher education was to be continued when I moved to the University of Pennsylvania. This project also set a context for my move away from FSU to become more specialized in Urban Education.

In my time at FSU I developed a number of international connections involving colleagues in Costa Rica, Spain, Taiwan, Panama, Mexico, Canada, Australia, and Singapore.