Ernst von Glasersfeld was a member of the psychology department at the University of Georgia when I did my doctoral work there. Because of his work with the Yerkish language for non-human primates, graduate students at UGA referred to Glasersfeld as the man with the monkeys (EvG was well known for his work with the chimpanzee Lana). I became aware of his work on constructivism through the mathematics education program and some fellow Australian colleagues who was studying with Les Steffe, a close collaborator with Glasersfeld, working on mathematics learning of young children. Although I did not work with Ernst during my first stay at the University of Georgia I was familiar with his work through fellow graduate students Paul Cobb and Robert Hunting.

In 1986 I returned to the University of Georgia on a Fulbright award and was fortunate that my spouse Barbara took a linguistics course with Glasersfeld. She used as a text the classic – Metaphors we Live By – by George Lakoff and Mark Johnson. I noticed the book on a table, picked it up to read, and devoured it from cover to cover. The text was provocative about the nature of learning and it catalyzed a number of “aha” moments for me as far as my research was concerned. A number of my doctoral students from the University of Georgia began to work with Glasersfeld and I became quite familiar with his work as I learned from them – notably Mariona Espinet and Antonio Bettencourt. Ever so slowly I began to collaborate with Glasersfeld, largely through doctoral committee work. By the time I left UGA after “my sabbatical year” Glaserfeld’s thinking was having a major impact on my scholarship. 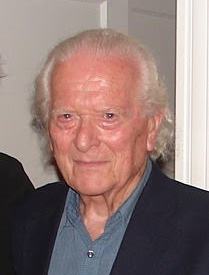 When I began at Florida State University I was fortunate to continue to collaborate with Glasersfeld – he was an advisor on several of my projects and came to Tallahassee to advise colleagues in the sciences as well as faculty and graduate students in science and mathematics education. My work was deeply grounded in radical constructivism for a number of years and during that time I was able to involve Glasersfeld as keynote speaker at meetings of the American Association for the Advancement of Science and the National Association for Research in Science Teaching. In addition, I invited Glasersfeld to be a keynote speaker at the first international conference of the History and Philosophy of Science and Science Teaching, which I co-sponsored at Florida State University. At that meeting von Glasersfeld gave a convincing performance in a debate with my colleague David Gruender, a philosopher with a bent toward realism and objectivism.

I was impressed with the way that Glasersfeld was so widely read. Even though his work was deeply grounded in Piagetian psychology, Glasersfeld was well-educated in regard to the work of sociologists such as Alfred Schutz. Even so Glasersfeld was very focused on individual learning and probably had no great need to develop learning theory to account for social learning/social knowledge. Of course he spoke impressively when he was asked how his theory took account of the social, but as I reflected about the work it seemed as if additional theory was needed to inform the research I was doing, which was radically social, radically cultural, and desperately in need of frameworks to illuminate new ways of thinking about learning and teaching science – and indeed the nature of science.

I kept in touch with Glasersfeld until his death in 2010, largely through my colleague Marie Larochelle, from the University of Laval.

There is no doubt that Glasersfeld’s work with radical constructivism in particular dramatically changed thinking in science and mathematics education. Although many people made a career out of opposing Glasersfeld’s ideas, it was akin to the classic notion of philosophers tearing planks off boats until there were none left floating. For the most part the actions of his opponents were senselessly destructive, bringing little to the table to advance the progress of science and mathematics education.