In 1987 the Western Australian Institute of Techology (WAIT) was renamed Curtin University of Technology, in honor of Australia’s wartime Prime Minister, John Curtin. 1987 was the year I left to assume a position at Florida State University. Because of the time taken to obtain a visa I spent much of the year in Perth, based at Curtin University. By coincidence, I was a physics student when the WAIT was founded at the Bentley campus in 1966. As a student I completed an undergraduate degree in physics, a graduate diploma and master’s degree in physics, and a graduate diploma in administration (education) at WAIT. Also I served as a senior lecturer in the Science and Mathematics Education Center at WAIT for several years in the 1980s. In the mid 1990s I returned to Curtin University to undertake research during a sabattical leave.

I undertook research for my master’s degree in applied physics in the area of physics education. This research began in 1973 and involved a study of wait time and primary science achievement. The study was situated in the southern suburbs of Perth, in a number of primary schools.

The research provided a foundation for my doctoral studies at the University of Georgia and involved external written and oral examinations. My external examiners were Barry McGaw and David Boud. Barry provided the suggestion that my follow up research should involve more classroom process data, such as student engagement, advice I followed in the design of my doctoral study. 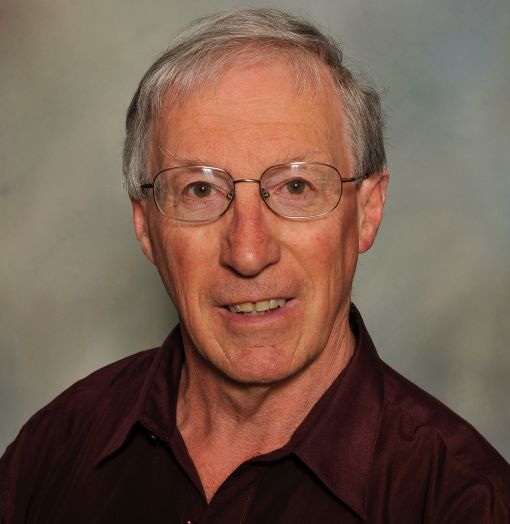 I joined the Science and Mathematics Education Centre for three years, although I spent one year of that time at the University of Georgia on a Fulbright award.

Fulbright Award: Senior Scholar category, 1985. The scholarship was awarded for a research and teaching program at the University of Georgia during 1985/1986.

Exemplary practice study in science and mathematics education. This study was an empirical study of exemplary teaching practice, designed to extend the research initiated in the United States: In Search of Excellence.

04. The Patron’s Award for the outstanding paper presented at the 1987 meeting of the National Association for Research in Science Teaching. The paper was presented at the annual meeting of NARST at Lake of the Ozarks, MO, April 1988. Title: Tobin, K., & Fraser, B. J. (April, 1987). What does it mean to be an exemplary teacher?

03. Award of merit for a paper published in Science Education in 1987/88. The paper was co-authored with Patrick Garnett. Title: Exemplary practice in science classrooms.

02. Outstanding paper award, 1988. Awarded by the American Association for the Education of Teachers of Science, St Louis, 1988. The award was for a synthesis of research findings with implications for teaching and learning science. Title: Tobin, K., & Fraser, B.J. What can be learned from studies of exemplary practice?

I was involved in publishing, alone and with colleagues, 22 publications (1987-91) from this ground breaking study.

When Jim Gallagher came to visit SMEC we designed a study of high school science teaching and learning. The study included a number of graduate students and was situated in suburban Perth, Western Australia.

The JRST Award for the outstanding paper published in the Journal of research in Science Teaching in 1987/88.

We published 13 papers from this study in the period from 1984-88. With Jim Gallagher (3) and Pam Garnett (1) I coauthored journal articles and I also published 9 manuscripts as a single author.

When Jane Butler Kahle and Floyd Nordland came to visit SMEC we undertook a large study of two science teachers at a high school in the southern suburbs of Perth, Western Australia. Leonie Rennie, then at the University of Western Australia was a collaborator on this study, as was Maggie Gremlie, from Singapore.

We published an edited volume with Falmer Press (1990), and I was involved in authoring or coauthoring 6 additional chapters/journal manuscripts (1989-90). We were especially proud of our contract to publish the book with Falmer Press, because in 1990 it was not common for science educators to publish their work as a book. To note that the negotiations with Malcolm Clarkson were complicated and memorable is an understatement.

John Williamson, Barry Fraser and I undertook an evaluation study of the senior colleges in Western Australia. The comprehensive study included research on learning environments and uses of the nominal group technique to identify priorities to be addressed in these new institutions – second chance institutions for adult learners.

An innovative visiting scholar scheme was introduced at SMEC, allowing leading researchers to visit for a period of time to undertake collaborative research. As well as Jane Butler Kahle and Jim Gallagher, Arthur Lucas also visited and worked with me to co-author a paper during his visit. This scheme was a catalyst for new ideas, including research foci and methodologies.

In 1994 I undertook a sabbatical leave at Curtin University. The research we undertook during this leave involved a study of the teaching and learning of science in a school identified as challenging. The school catered for working class youth in a southern suburb of Perth, Western Australia.